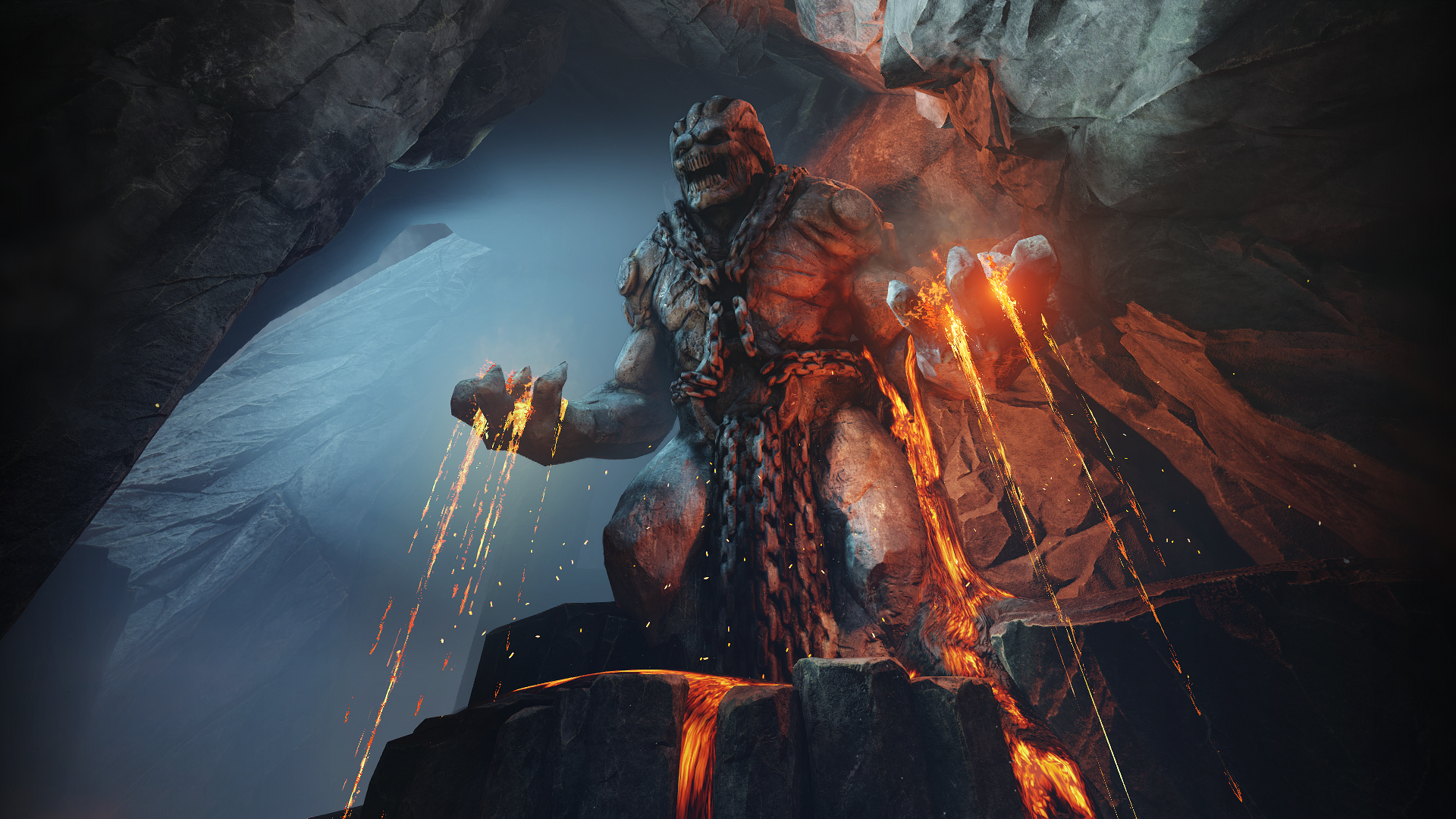 On the edge of Oriab, amid colossal shatak bones, the cenotaph of Goroth’s long-dead champion slowly succumbs to Mount Ngranek’s molten grasp.

The Full Quake Loadout Can Be Found On Burial Chamber

Acting as the perimeter for the Throne Room, this area exemplifies the more open nature of Burial Chamber. Multiple levels incoming and outgoing to the center to the arena give your team different routes to attack the Power-Up: directly in the center, each of the side routes, and the lower area.

The statue of Goroth looks over the Throne Room, which holds the Obelisk. Multiple floors inside with two entrances means teams may wish to defend from the perimeter instead, choosing to fall back into the room should defenses break. While the high ground is always a benefit to either side in combat, the Obelisk itself is situated on the floor, meaning you may need to make a trade-off on position or defense.

This side route is home to the Mega Health, Rocket Launcher, and runs along the walls of the Main Chamber. Players that can make the long leap over the lava can reward themselves with a few extra cooldown items, health, and most importantly: a teleporter that will drop you into the Main Chamber, right above the Power-Up, giving you a perfect opportunity to try and steal the Power-Up before it can be taken by the enemy.

Home to the second Obelisk, the Lava Falls sits on the opposite side of the arena. Defense here will be tough, as its perimeter is more open, but with only two entrances in, both visible from nearly any point in the room, you may be able to create a chokepoint. Cover is light, but with a slight high ground advantage, teams may wish to play a little further back. Care should be taken to avoid getting knocked into the lava from weapon knockback.

The central area of the arena is where you’ll find the Power-Up spawn, located on top of the sarcophagus on the ramp. This room tends to be dangerous to hang out in, especially if the Power-Up spawn is incoming. No cover on the upper level will leave slower Champions vulnerable to being railed from all sides without anywhere to run to.

The claustrophobic grave sites are a great place for heavier Champions to hide out, as the winding paths and low ceilings make great territory for high amounts of splash damage. The Molten Underground is heavy on Cooldown and Health, which can be helpful for players that can move quickly, and precisely throughout the area.