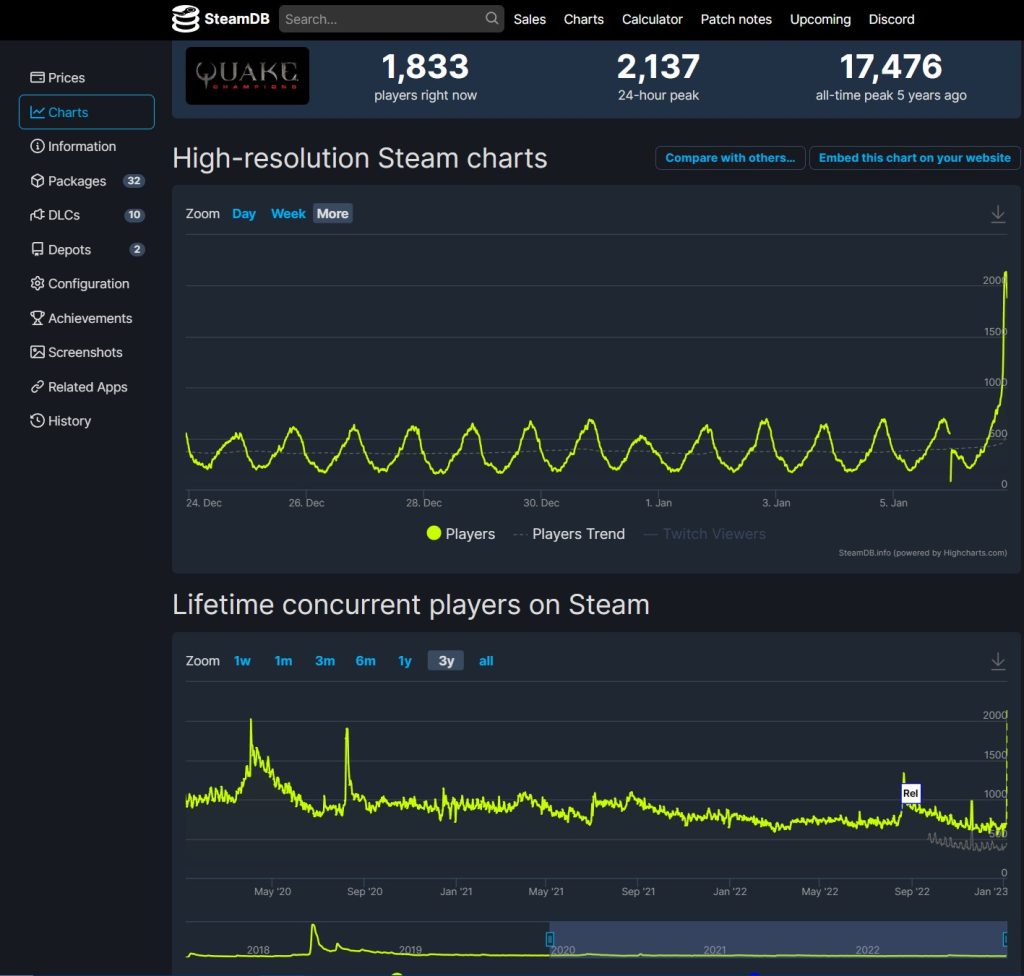 Good evenings Quakers! Quake had a really good day today thanks to Gianni Matragrano’s stream (catch the over 7 hour steam!) Gianni has already confirmed that he will continue Frag Fridays next week with another Quake Champions stream, so be on the look out for that. In honor of his stream Syncerror made all Champions free to demo until next Thursday at 12 AM Midnight.

Previously on April 2nd, 2020 we had a concurrent player base on steam of 2,024 players. Well today we were able to push past that and bring in 2,137 players concurrently. While this is impressive on its own it does not even take into account the players that would have been playing on Microsoft’s own launcher (numbers are not shown by Microsoft on their launcher).

In fact we were even in the “Trending Games” section of SteamDB for most of the day rising all the way to the 4th most Trending game. If you do not know what https://steamdb.info/ is. It is a website that tracks additional data that the steam application collects, but Valve Corporation chooses not to show us. SteamDB can be useful for seeing when people are most active in games you play, or tracking when application updates.

Lastly, we still have 5 Days left for the Trophy Hunter Event Challenge to get the Golden skins for each weapon.

Some Helpful tips if you want to collect all of them:

HAPPY FRAGGING FOLKS, AND HAPPY TO BE A QUAKER TODAY!