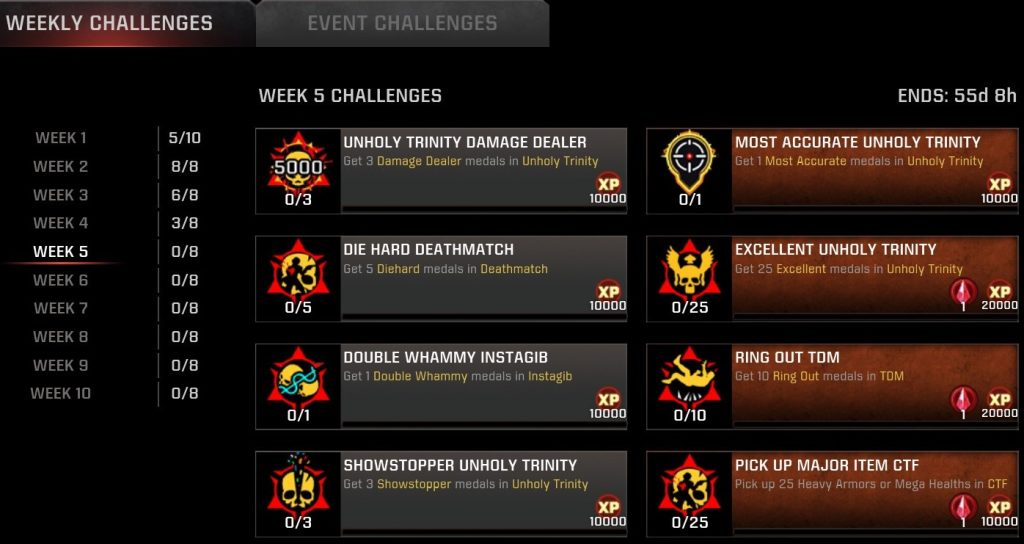 Good Morning Quakers! Week 5 Challenges our live for Season-16. Season-16 our Autumn update released just a few weeks ago, and it is filled with all sorts of goodies for us to collect, and find throughout this BattlePass (BP) season. The Joker Grenade Launcher from Quake 2 as a Tri-bolt skin has been added. Ranger received 2 very unique shaders: Pure Gold & Pure Silver shaders. Many other changes came with Season-16. You can read our article with patch notes! 7-day Haste Potion, and Rename token are 50% right now. 55 DAYS REMAIN FOR SEASON 16!

You may also be interested in the most recent Public Test Server PTS updates. Our newest arena Crucible has been added to the PTS for testing in blockout form. If you want to know more about the PTS you can read our ARTICLE on it. No article (I know I said that last week sorry) is up yet on our end for the most recent set of PTS updates. Link to first update.