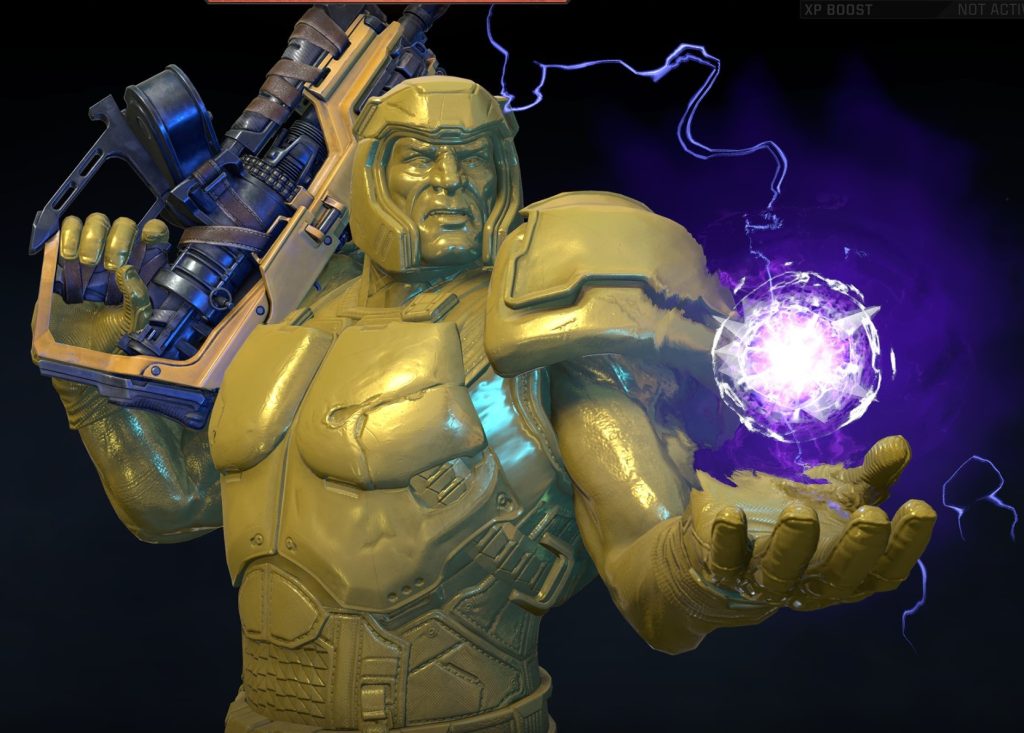 Good Morning Quakers! Season-16 our Autumn update has just released, and it is filled with all sorts of goodies for us to collect, and find throughout this BattlePass (BP) season. The Joker Grenade Launcher from Quake 2 as a Tri-bolt skin is being added. Ranger will be getting 2 very unique shaders: Pure Gold & Pure Silver shaders. Many other changes are here for Season-16. See the rest of the patch notes below! 7-day Haste Potion, and Rename token are 50% right now.

RUINS of SARNATH:
🔹Fixed an exploitable totem/turret spot in the upper walls in the hallways surrounding the central room

CHAMPION UPDATES:
🔹Death Knight – Fixed Fire Trail activation. Removed damage from standing on the trail, in exchange for it 100% applying the fire dot (which is still 10dmg/sec for 7 seconds)
🔹Sorlag – Ally spit color now blue, so you know it’s safe

GAME UPDATES:
🔹Fixed issues that prevent some sound events from playing when multiple occurrences happened within a narrow timeframe:

The Quake, and really all of the Arena Shooter (Now Boomer Shooters?) communities have been extremely active Lately. Lots of community tournaments are open to all players in most regions, and some have weekly iterations as well. We have had several LAN (in person for Quake) events with more planned to happen throughout the year. Exciting times to be a Quaker. make sure to follow our socials for more tournaments outside of the Quake Pro League.

A new set of challenges opens up every Wednesday at 8:00 PM EAST | 2:00 AM CEST. The challenges are broken up in 2 parts. First their week, and then their side left side | right side. The left side consists of the free challenges you can obtain without buying the Battlepass. The right side is accessible after buying the Battlepass. The right side tends to be slightly harder, but gives additional XP as well as shards. Bot Games work as well for these challenges. 83 DAYS REMAIN FOR SEASON 16