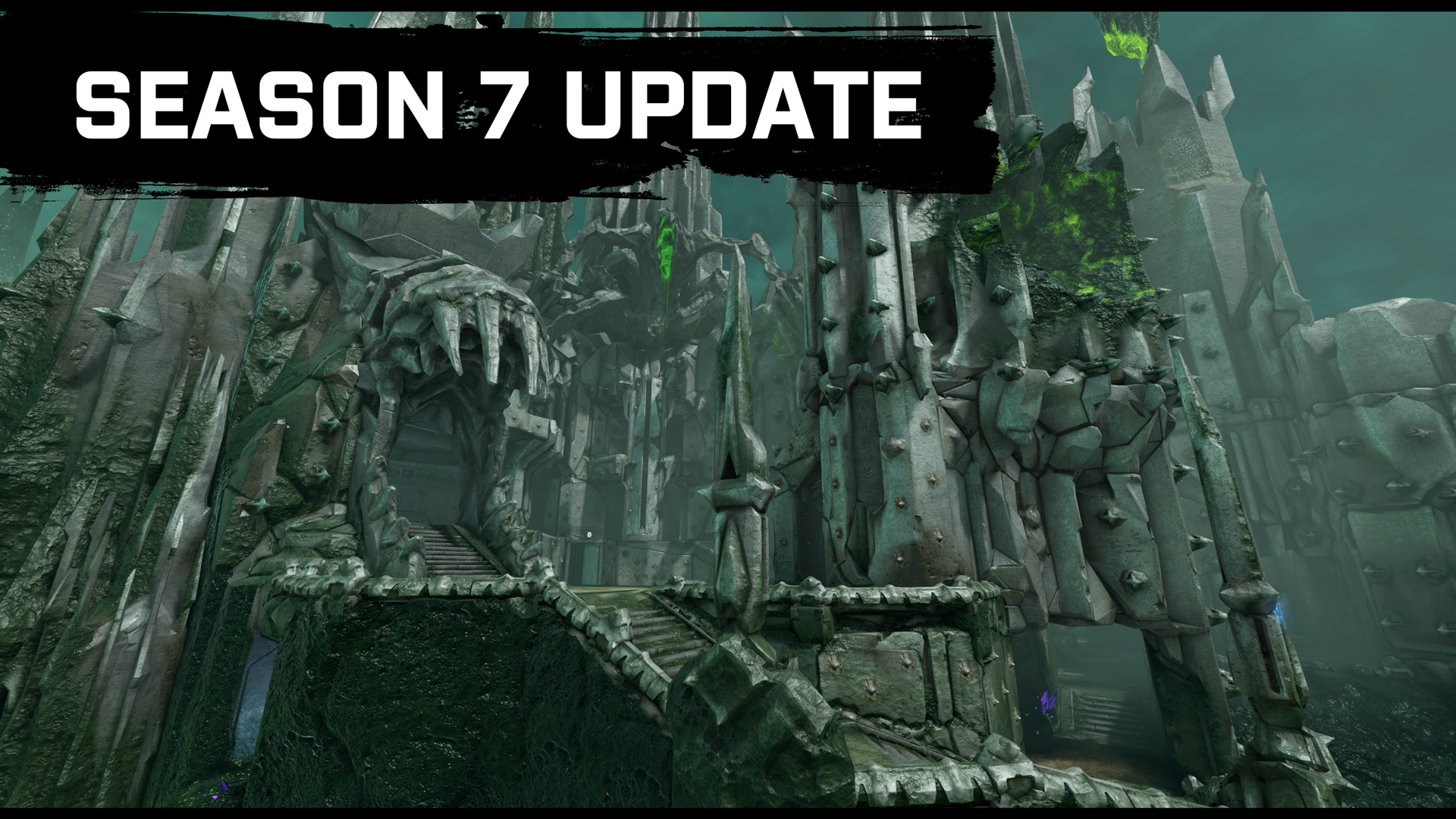 If you have been paying attention you know this update is going to be amazing. Packed with a New Map, Tower of Koth, 3 weapons, and a slew of fixes. Get ready for an action packed season to earn the battle pass.

“Rising from its viridian morass, its row of skyward teeth speak to the chosen a singular truth: Come to know this key and you will open any lock.”

The new map, Tower of Koth, is an arena for Duel, TDM, DM, CA, IG, and many of the arcade modes. The map features 2 larger fighting areas in the Tower and Cathedral rooms, two mid sized areas in the Window and Railgun room, and two smaller transition rooms, the Basement and Banana.

This map is the 3rd Ithagnal Netherworld map in the game coming after Lockbox and Vale of Pnath. Most notably in this series we see Ithagnal’s signature acid and spikes. The feel is eerie and foreign, but right on par of a Netherworld realm.

Even though they were touting that the “Map was the Update” the development team managed to squeeze in a few Quake 4 Legacy weapons to juice up the Battle Pass.