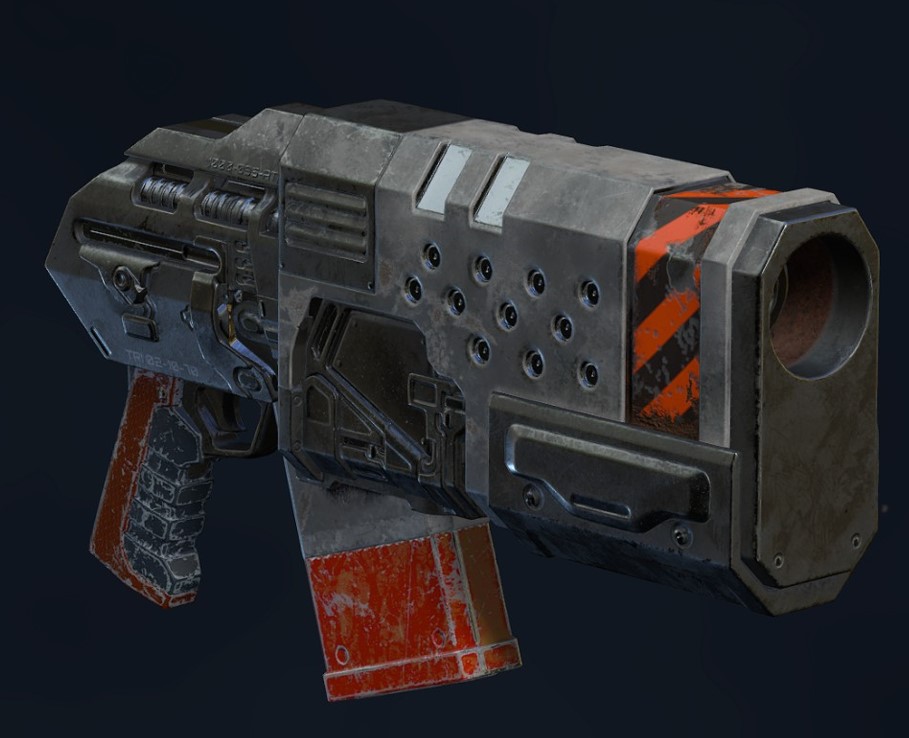 Good Morning Quakers! Season-17 our Winter update has just released, and it is filled to the brim with all sorts of goodies for us to collect, and find throughout this new BattlePass (BP) season. CRUCIBLE our newest Arena will be joining the map pool this season. 2 new guns from previous Quake games are being added those are: Quake 3 Grenade Launcher = WARTHOG 3000 Tri-bolt, Quake 4 Grenade Launcher = GALANG Tri-bolt. Podiums will now have a customizable menu option similar to Profile Icon | Nameplates, and owners of the Pure Gold bundle will receive additional goodies to their bundle. Exile will now display its OG Arena name “Vestibule of Exile” also its Collison has been redone. Lastly, Practically every champion has received some sort of change for this season. You can read those, and the rest of the Patch Notes below. ENJOY!

This Update brings our Quake year of 2022 to an end. Let us take a moment to reflect on the wonderful year we have had in Quake. A 3rd season of the Quake Pro League in the books, Several notable LAN’s hosted around the world, Constant seasonal updates, weekly tournaments for all skill brackets, active communities on every continent except Antarctica…that we know of. There certainly seems to be a lot to be thankful for this year in Quake, and 2023 is only looking brighter for us!

If you are not already familiar with Quake Champions. We typically receive 4-ish Seasons a year that also comes with a BattlePass. Meaning we typically have 4: 10 to 12 week long BattlePasses a year. Week 1 is primarily made up of completing basic challenges such as completing matches, playing specific game modes, or using your champion’s abilities a certain number of times. Note the right side of the BP does not open up until you buy the BP for 1000 Platinum (premium in-game currency).

New Arena – Crucible:
It is when the souls of the damned are tested and forged beneath the endless pool of night in the cauldron of the ebb and flow, which one discovers their true worth. Nothing.
How uplifting! ❤️ Available for Duel, Deathmatch, Team Deathmatch, and Clan Arena modes!

New Vanity Item Type:
🌟 Added Podiums – Collect and display the podium beneath your Champion in the Lobby! Players can now access a new customization menu in their Profile (listed just below the Profile Icon & Nameplate customization).

Champion Updates:
🔹 Anarki: Reduced speed boost during Adrenaline use from 20% to 10% faster
🔹 Athena: Reduced number of grapple charges from 3 to 2
🔹 Athena: Added an 800ms second cooldown between throwing grapples
🔹 Athena: Added Stockpile passive, picking up ammo grants 10% cooldown
🔹 Athena: Increase damage that can be sustained before breaking the rope from 50 to 100
🔹 Athena: Collision knockback reduced from 100 to 50
🔹 B.J. Blazkowicz: Increased rate of fire of Dual Wield TB & RL from 1.33x to 1.5x faster.
🔹 B.J. Blazkowicz: Reduced the size of his upper and lower arm hitboxes
🔹 Clutch: Reduced the volume of the first person jump and dodge sound effects
🔹 Death Knight: Changed to the Flame Dot from 10 damage per second for 7 seconds to deal 15 damage per second for 5 seconds
🔹 Doom Slayer: Allow the Berserk to be cancelled after 2 seconds of activation
🔹 Eisen: Reduced turret deploy time from 2 to 1 second
🔹 Eisen: Increased turret turn-speed from 180 to 270 degrees per second
🔹 Keel: Reduced number of grenade charges from 5 to 3
🔹 Keel: Increased cooldown between shooting grenades from 400 to 800ms
🔹 Keel: Increased movement speed to match that of a medium
🔹 Keel: Increased the cooldown reduction of the Stockpile passive from 5% to 10%
🔹 Nyx: Reduced Ghostwalk telefrag damage from 125 to 100
🔹 Ranger: Reduced Dire Orb total telefrag damage from 125 (25 touch + 100 telefrag) to 100 (25 touch + 75 telefrag)
🔹 Slash: Reduced speed boost during Plasma Trail use from 25% to 10% faster
🔹 Sorlag: Reduced the size of her head, arm, and leg hitboxes
🔹 Strogg: Reduced Stroyent healing from 25 to 20 HP

🔹 Exile: Redid all of the map collision, hopefully fixing all Dire Orb and Peeker exploits, and fixing the uncomfortable ramped walls (except in the foggy cooldown tunnel where it’s expected). The arena has been renamed to its original full name, Vestibule of Exile.
🔹 Exile: Simplified ambient soundscape
🔹 Insomnia: Fixed visibility issue near Tri-bolt ledge
🔹 Insomnia: Fixed collision of the blood pool archways
🔹 Insomnia: Fixed staircase collision exiting both ends of the blood pool hallway
🔹 Tempest Shrine: Fixed CTF flag placement at Point B
🔹 The Dark Zone: Fixed players spawns at the same location in the corridor near the heavy armor
🔹 Tower of Koth: Fixed visibility blocker issues on the other Maw staircase
🔹 Tower of Koth: Both navigation updates, trying to resolve the issue of bots looping through the MH teleporter
🔹 Vale of Pnath: Fixed collision along SG wall

Our Professional e-Sports League the Quake Pro League is made possible as a joint partnership between Professional Gamers’ League (PGL), Bethesda | ZeniMax, and id Software. Currently Season 3 of the Quake Pro League (QPL) wrapped up During QuakeCon 2022 taking place instead at PGL’s Headquarters in Bucharest Romania. We are now eagerly awaiting for the announcement of Season 4 of the QPL sometime in early 2023!

The Quake, and really the entire Arena Shooter communities have been extremely active Lately. Lots of community tournaments are open to all players in most regions, and some have weekly iterations as well. We have had several LAN events with the potential of more next year. Exciting times to be a Quaker no doubt. make sure to follow our socials for more tournaments outside of the Quake Pro League.

A new set of challenges opens up every Wednesday at 8:00 PM EAST | 2:00 AM CEST. The challenges are broken up in 2 parts. First their week, and then their side left side | right side. The left side consists of the free challenges you can obtain without buying the Battlepass. The right side is accessible after buying the Battlepass. The right side tends to be slightly harder, but gives additional XP as well as shards. Bot Games work as well for these challenges. 90 DAYS REMAIN FOR SEASON 17

The Battlepass itself is separated in 2 rows. The top row is the free version. You can acquire all the items here just by playing the game to level up your Battlepass. The bottom row is unlocked only with the purchase of the Battlepass. This is retroactive. So, if you are at level 50 and decide at that point you want to buy the Battlepass. Everything below level 49 will be added to your account. Keep an eye out for level 30 as this level gives you an automatically applied haste salve which gives you Triple XP for 7 whole days.

Once you have purchased the BP click the shield at the top of the screen, and hit the activate button that will be below the season 17 Name Plate.

A haste salve is provided to you during the BattlePass at level 30. No Platinum, or shards are rewarded in the season. Instead every level has some item gift from past seasons (lots of winter themed goodies). Note if you already own an item it instantly converts it to shards. Level 101 onwards changed starting in season 14. There is technically a 2nd half to the Battlepass levels maxing out at level 200. Level 101 to 200 has rewards as well. Every 5 levels starting at 105 you will receive 1 shard. While every 10 levels starting at level 110 you will receive 1 shard, and 1 Reliquary. The only exceptions being 190 where you receive 3 shards, and 200 which you will receive 5 shards. I have not verified if this is still the setup for Season 17…Gotta get those levels up first.