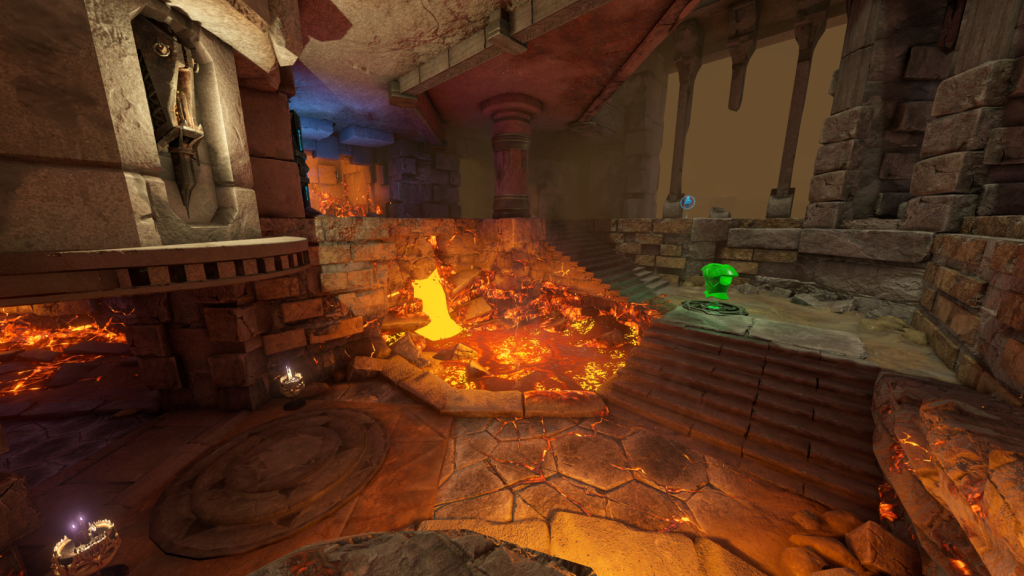 Good afternoon Quakers. We have a sizeable update to the PTS today. Crucible is now textured, and ready for y’all to enjoy! Most champions have received many adjustments you should read the patch notes below as any one of these could change how you play that specific champion. Loitering in the Blood Pools during a Clan Arena game mode will no longer heal you. In a previous PTS update the Quake 3 Grenade Launcher = Tri-Bolt & Quake 4 Grenade Launcher = Tri-Bolt skins were also added, so be sure to check those out. The Pure Gold bundle pack will also be expanded with a Gold pillar option, and an additional Gold ranger themed profile Icon.

Champion Changes:
Anarki:
🔹 Reduced speed boost during Adrenaline use from 20% to 10% faster

Athena:
🔹 Reduced number of grapple charges from 3 to 2
🔹 Added an 800ms second cooldown between throwing grapples
🔹 Added Stockpile passive, picking up ammo grants 10% cooldown
🔹 Increase damage that can be sustained before breaking the rope from 50 to 100
🔹 Collision knockback reduced from 100 to 50

B.J. Blazkowicz:
🔹 Increased rate of fire of Dual Wield TB & RL from 1.33x to 1.5x faster.
🔹 Reduced the size of his upper and lower arm hitboxes

Clutch:
🔹 Reduced the volume of the first person jump and dodge sound effects

Doom Slayer:
🔹 Allow the Berserk to be cancelled after 2 seconds of activation

Keel:
🔹 Reduced number of grenade charges from 5 to 3
🔹 Increased cooldown between shooting grenades from 400 to 800ms
🔹 Increased movement speed to match that of a medium
🔹 Increased the cooldown reduction of the Stockpile passive from 5% to 10%

Slash:
🔹 Reduced speed boost during Plasma Trail use from 25% to 10% faster

Sorlag:
🔹 Reduced the size of her head, arm, and leg hitboxes

The PTS is a Public Test Server that many games come with. It is completely optional to be part of the PTS, and does require an additional download to take part of. The purpose of the PTS for us as Quake players is it allows us to preview upcoming skins, arenas, and gameplay changes in general before they are added to the Live Game servers. It also doubles as bug testing. In fact all bugs, or issues in the PTS should be put in the official discord in the “public-test-server” channel. If you can you should try and find a buddy to test with. Two heads are better than one. You can find people to party with in the “party-finder” channel.

Lastly, the PTS is not a representation of what will hit the Live servers at any time. As the values can be changed | reverted, or removed at any point during the PTS update period.