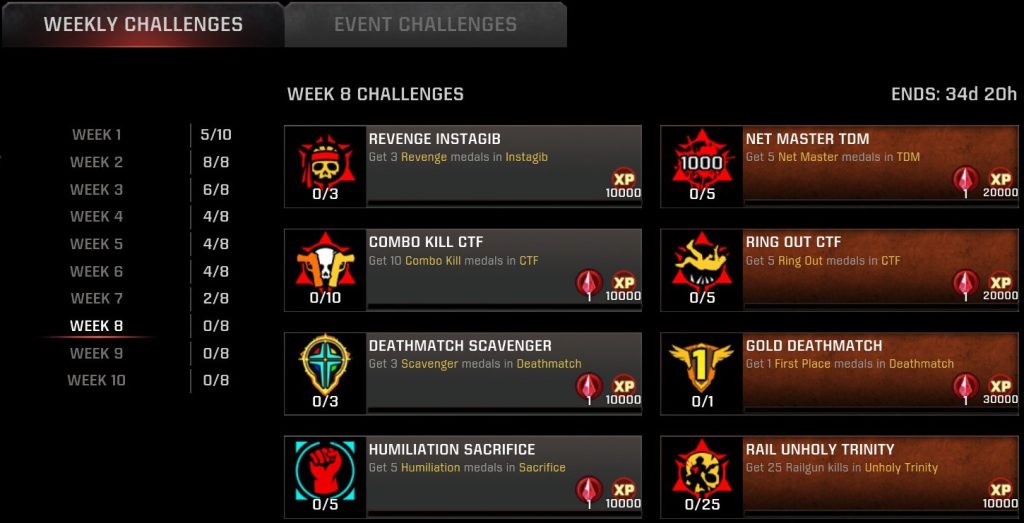 Good afternoon Quakers! Week 8 Challenges from BattlePass 15 are live. Season 15 started a couple weeks ago, and brought with it 3 New weapon skins added from the classic video game Enemy Territory: Quake Wars (2007). In addition this patch includes our yearly QuakeCon skin this year’s pick is the Super ShotGun (To come next week with a QuakeCon event). Tower of Koth map variants for Sacrifice, and Capture the Flag have been added as game mode options. Many other changes are here for Season 15. You can read our ARTICLE about Season 15’s content patch for more details. MID SUMMER PATCH. We also received a patch August 9th 2022. I’ll leave those notes below. 34 DAYS REMAIN FOR SEASON 15. 1 WEEK TILL QUAKECON 2022 | QUAKE PRO LEAGUE SEASON 3 WORLD CHAMPIONSHIP!

We are currently at the end of 2022 competitive season for the Quake Pro League (QPL). The Quake Pro League World Championship will be August 18th-20th in Bucharest, Romania! This season will consist of 24 total players: 13 invited from the Quake Pro League, and 11 competitors who conquered their Qualifiers. Make sure to catch the events live at the Quake twitch account | YouTube sometimes 4K. Also catch live stats, and rankings on PGL’s (Pro Gamers League) website for Quake here. As the league is partnered with PGL, and Bethesda | ZeniMax. QPL Season 3 YouTube VODS.

Lots of PTS Updates have pointed to Quake Champions being added to the Microsoft Store. Quake Champions along with many other Classic Id Software Bethesda Published games are currently part of a Xbox Insiders Program. At the end of this program those games could be expected to be added to Xbox Game pass PC | Xbox Game Pass Ultimate PC subscriptions. Ultimate PC owners will be gifted the Champions pack upon login.

Additionally QuakeCon 2022 has been announced to take place August 18th to 20th. Bethesda Blog for QuakeCon 2022. Full QuakeCon 2022 Schedule! Keep an eye on the QuakeCon twitter, and QuakeCon website for more steady information.

Lastly Season 3 Quake World Championship will \be taking place at the same time as QuakeCon 2022, so August 18th to 20th, but across the pond in Bucharest, Romania. It will be a Local Area Network (LAN) event for Quake Champions taking place at Pro Gamer League’s (PGL) office in Bucharest. You can read the full details on Bethesda’s blog about the event.