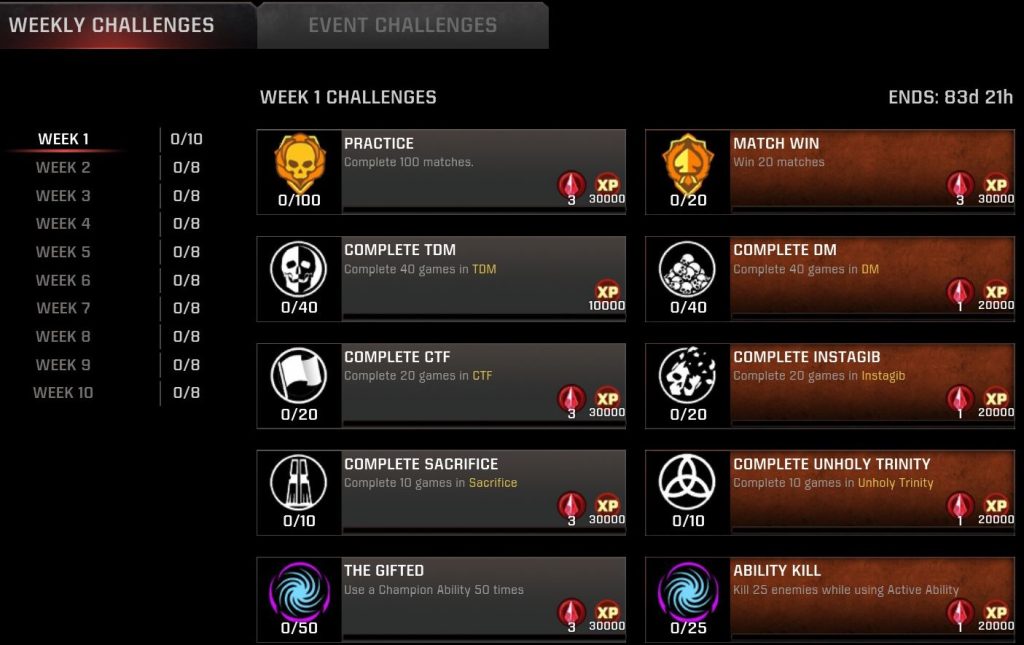 Good morning Quakers! Season 15 has just released, and it is filled with all sorts of goodies for you to collect, and find throughout the BattlePass season. 3 New weapon skins have been added from the classic video game Enemy Territory: Quake Wars (2007). In addition to this patch will include our yearly QuakeCon skin (Super ShotGun). Tower of Koth will have Sacrifice, and Capture the Flag added as game mode options. Many other changes are here for Season 15 catch the rest of the patch notes below!

We are currently in the middle of Season 3 of the Quake Pro League (QPL). This upcoming Saturday is actually an off week of sorts for the South American Qualifiers. This will be June 25th 2 PM EAST | 8 PM CEST. Make sure to catch the events live weekly on Quake twitch account. Also catch live stats, and rankings on PGL’s (Pro Gamers League) website for Quake here. As the league is partnered with PGL, and Bethesda | ZeniMax

The Quake, and really Arena Shooter (Boomer Shooter) communities have been extremely active this year. Lots of community tournaments are open to all players in most regions, and some have weekly iterations as well. We have had several LAN (in person for Quake) events with more planned to happen throughout the year. Exciting times to be a Quaker. make sure to follow our socials for more tournaments outside of the Quake Pro League.

A new set of challenges opens up every Wednesday at 8:00 PM EAST | 2:00 AM CEST. The challenges are broken up in 2 parts. First their week, and then their side left side | right side. The left side consists of the free challenges you can obtain without buying the Battlepass. The right side is accessible after buying the Battlepass. The right side tends to be slightly harder, but gives additional XP as well as shards. Bot Games work as well for these challenges. 83 DAYS REMAIN FOR SEASON 15

You can buy the BattlePass for 1000 platinum. Platinum is the Premium currency in Quake Champions. If you are using steam I recommended buying from Bethesda directly.

Valve takes 30% of all purchases from steam. The money you buy with platinum goes back to the Quake development project. Just make sure you are logged into your associated Bethesda account, and it should be in your account by the time you log into the game.

Additionally QuakeCon 2022 has been announced to take place August 18th to 20th. More information about this event will probably be revealed next month. Keep an eye for the QuakeCon twitter, and QuakeCon website for more steady information.

🔹 Tower of Koth – Added an accelpad that leads into the Cathedral

Game Updates:
🔷 Fixed floor material sounds on all landing and falling sound events
🔷 Fixed a crash caused during Scalebearer’s Bullrush
🔹 Enable Gore now covers Turret gore
🔹 Replaced GoreEnabled with GoreDetail and you can now hide dead bodies entirely
🔹 Removed the HitBeep OFF option, reduced some blueprint complexity, and may have resolved an issue that was causing the missing hitbeep sounds
🔹 All damage is now prevented at the end of a match (including late Ring-Outs).
🔹 Totems & turrets are now destroyed at the end of a match
🔹 Fixed scoring event medal CONTROLLER description. The medal is awarded for a long-distance direct rocket while using piercing sight, not for a long-distance kill.
🔹 Stop Anarki board fx when stopping special Main Menu animations
🔹 Added 1st & 2nd Place Medals to all Duel game modes
🔹 Improvements/fixes to the machinegun pips & menu cameras
🔹 Increased XP gain from Medals in Duel and 2v2 TDM
🔹 Fixed the Lobby screen being blurry when quickly leaving the prior match’s Battle Report
🔹 Fixed Assistant Medals only being awarded at most once per match
🔹 Fixed the Offense medal description, which implied it could be earned in CTF. It is a Sacrifice only medal.
🔹 Fixed the Strogg bow tie vanity fx color while cloaked
🔹 Disabled bots in Slash and Slide and Drone Wars, due to bots not being designed to properly play these modes.
🔹 Fixed various typos in English strings
🔹 Fixed item category for Shaft & Eraser weapons in the shop, they were swapped so that it incorrectly showed the Shaft as a LEGENDARY RAILGUN and the Eraser as a LEGENDARY LIGHTNING GUN.
🔹 Fixed one cause of the Bullrush sound not playing on activation
🔹 Fixed Net Damage medal that appeared as a duplicate Net Master medal.
🔹 Fixed Damage XP in XP Summary HUD
🔹 Fixed untranslated strings in Battle Pass rewards processing
🔹 Various code/engine updates to address errors in or improve the build pipelines