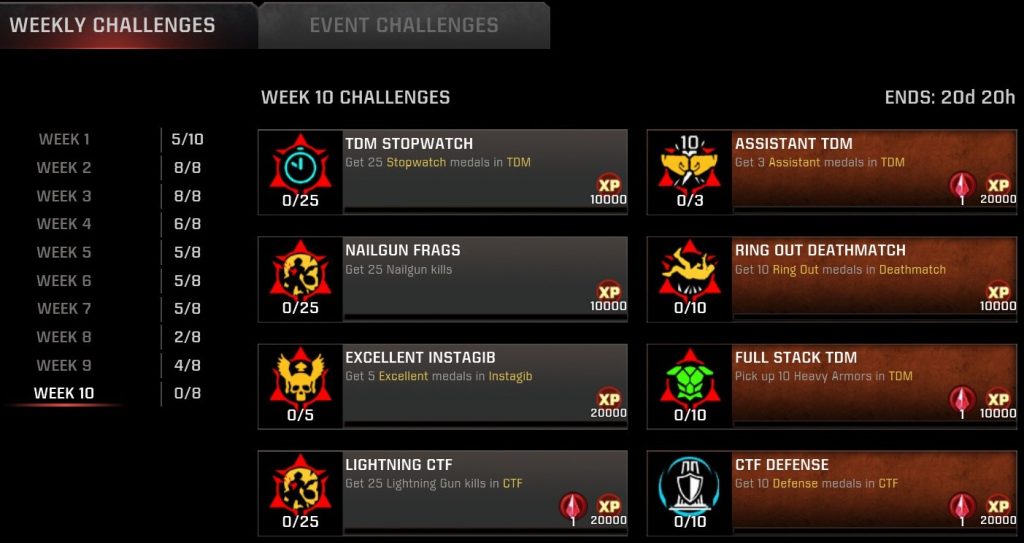 Good afternoon Quakers! Week 10 Challenges from BattlePass 15 are live. Season 15 started a couple weeks ago, and brought with it 3 New weapon skins added from the classic video game Enemy Territory: Quake Wars (2007). Tower of Koth map variants for Sacrifice, and Capture the Flag have been added as game mode options. Many other changes are here for Season 15. You can read our ARTICLE about Season 15’s content patch for more details. MID SUMMER PATCH. We also received a PTS update yesterday August 24th, 2022. I’ll leave those notes below. 20 DAYS REMAIN FOR SEASON 15.

Champion Updates:
🔹 Death Knight – Fixed Fire Trail activation. Removed damage from standing on the trail, in exchange for it 100% applying the fire dot (which is still 10dmg/sec for 7 seconds)
🔹 Sorlag – Ally spit color now blue, so you know it’s safe (still green in first person) (acid steam works at the moment, but the decal is still green)

Game Updates:
🔹 Fixed issues that prevent some sound events from playing when multiple occurrences happened within a narrow timeframe: