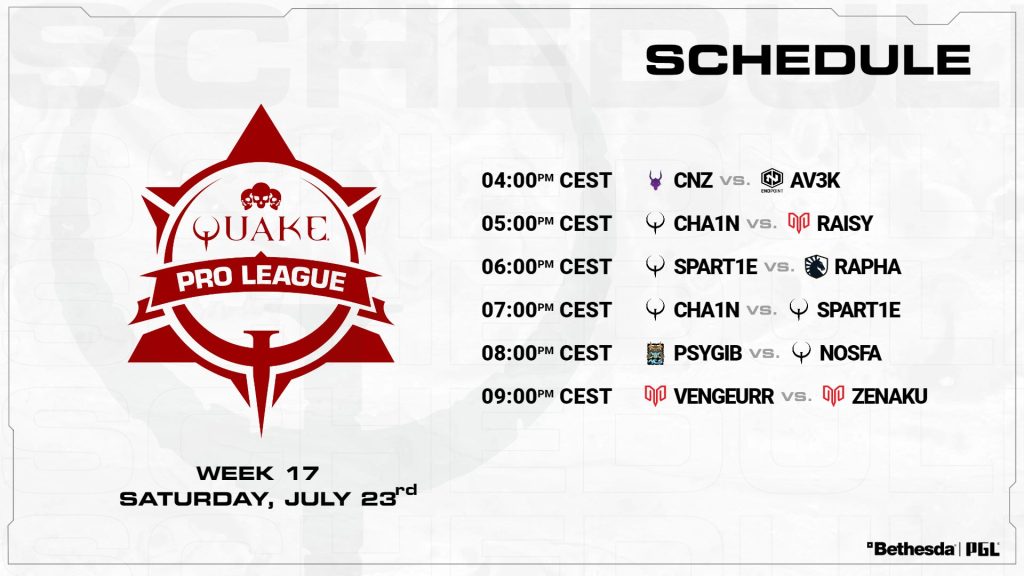 Good morning Quakers. Quake Pro League Season 3 Week 17 will be Saturday July, 23rd at 10 AM EAST | 4 PM CEST. All Qualifiers have been completed at this point in time. Play Tournament pages for all Qualifiers. 4 WEEKS TILL SEASON 3 WORLD CHAMPIONSHIP

The Quake Pro League World Championship has been announced to take place in Bucharest, Romania between the days of August 18th – 20th (Same days as QuakeCon in Dallas Texas, USA). This will will be a LAN event taking place at PGL (Pro Gamer’s League) studios in Bucharest. In addition to this 4 additional Qualifier spots have been added bringing the total participants to 24 this season.