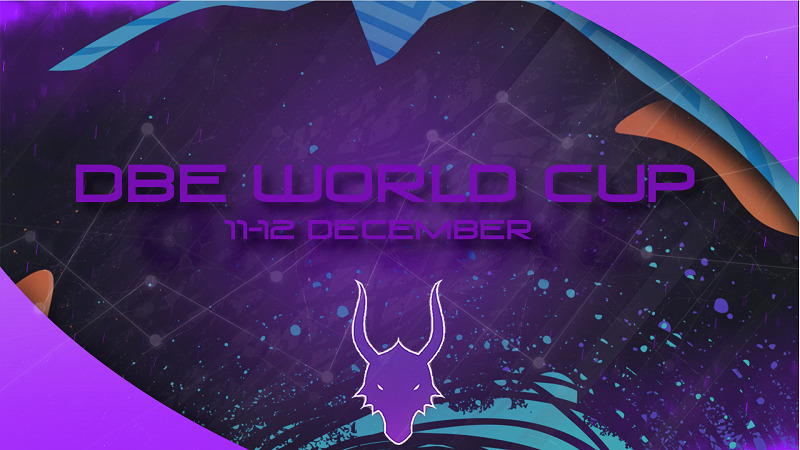 Anyone can enter the Double Elimination Open Qualifier, which will start on the 11th of December 3:00 PM CET. Make sure to properly convert this time to your own time zone if it isn’t done automatically by this website.

The players who make it to the Quarter-Finals (Top 8) will make it to the Finals on the next day, the 12th of December, starting 3:00 PM CET. Those who qualify to Finals, are obliged to write to tournament administrator DEFENSE on Discord DBE|DEFENSE#7278 to receive an invite to a private Discord room where the top 8 players can communicate about the Finals with the other players as well as production and administrator. It is most important that you perform this step after qualifying.

The entire Open Qualifier for DBE World Cup is Double Elimination, and all matches are best of 3.

Check in for the Open Qualifiers of DBE World Cup will commence 30 minutes before start-time, at 2:30 PM CET.

Top 8 qualifies for the Finals on the next day, but the remaining matches after Quarterfinals will still be played for seeding. You are not obliged to play these matches, but if you wish to not play them, it will affect your seeding negatively.

The higher seed gets their continent server on map 1 & 3.

EU v SA is played on NA-East all 3 games

Anything else: Lowest delta for all three games.

You are only obliged to write to tournament admin DEFENSE on Discord if you qualify for the Finals.

If a player doesn’t show up in 15 minutes, the other player gets a default win and proceeds in the bracket. If both players are absent, the higher seed will advance. If the opponents have issues finding each other in-game, and one player proves they are available by writing in the Discord, and the other player doesn’t, the player who is active in Discord will get their default win.

If you run into any problems during the Open Qualifier, or have any questions, join the Dragonborn discord where there will be a room called "dbe-world-cup" where players can communicate with the administrator DEFENSE and/or other players about the tournament. The server link is the following: discord.gg/ptVRnNbG7g

Players are allowed to stream their POVs from the Open Qualifier as long as there is a minimum of 60 seconds delay to prevent ghosting.

By signing up you also agree that if ShaftasticTV contacts you during the tournament and want to stream your match, you must accept it.

The finals will only be casted by ShaftasticTV. No POV or Community Streams allowed.

The winning player of each match-up reports the score directly on this website. Just click the match-up in the bracket and you can easily report the score. It is most important that you report the score for your matches, as the bracket will not be able to run smoothly if you simply look at your next match-up and contact the opponent without reporting your previous match. It is your responsibility to report the match, and not following this rule can lead to disqualification. Deliberately reporting a false score to your favor will also lead to disqualification.

If you run into any problems with score reporting, contact DEFENSE on Discord DBE|DEFENSE#7278.

In case you can’t report the scores over this website for some reason, it can also be done over Discord in the chatroom DBE-world-cup on Dragonborn e-Sport’s server discord.gg/VWRUwN2Z, but if you wish to report your scores there, make sure to make it clear which match you are reporting the scores for.

There is no prize pool for the Open Qualifier for DBE World Cup, however if you manage to qualify for the Finals, there is a $1,120 USD prize pool as well as gear prizes to be claimed.

Do you have any other questions that is not related to anything in the rules?

Contact DEFENSE on Discord DBE|DEFENSE#7278 or write a message with your inquiry in the dbe-world-cup chatroom on Dragonborn e-Sport’s Discord server discord.gg/VWRUwN2Z.