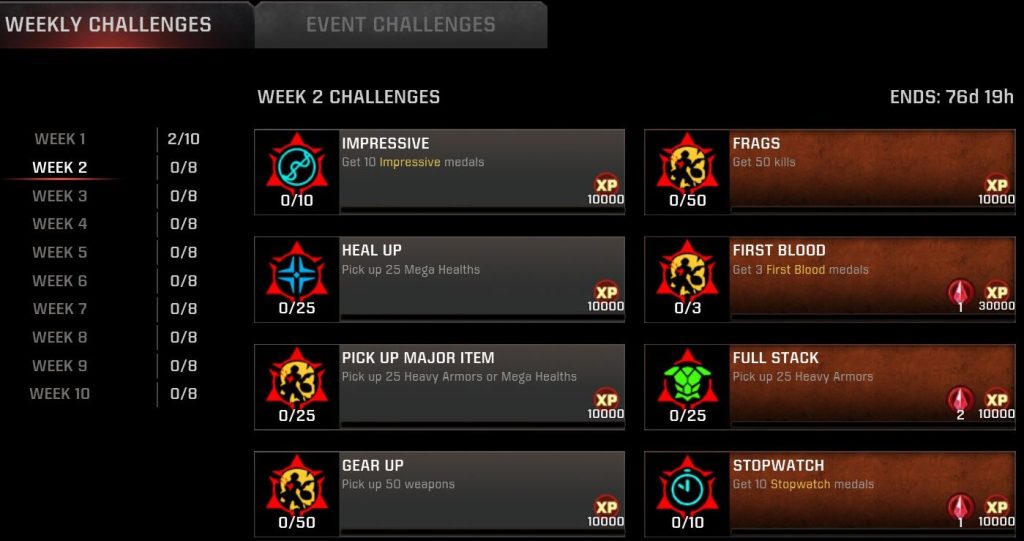 Good afternoon Quakers! Week 2 Challenges from BattlePass 15 are live. Season 15 only just started last week and brought with it 3 New weapon skins have been added from the classic video game Enemy Territory: Quake Wars (2007). In addition to this patch will include our yearly QuakeCon skin of the Super ShotGun (To come later this summer probably with a QuakeCon event). Tower of Koth will have Sacrifice, and Capture the Flag added as game mode options. Many other changes are here for Season 15 you can read our ARTICLE about Season 15’s content patch for more details.

We are currently in the middle of Season 3 of the Quake Pro League (QPL). This upcoming Saturday is Week 15 of the Quake Pro League. This will be July 2nd 10 AM EAST | 4 PM CEST. Make sure to catch the events live weekly at the Quake twitch account. Also catch live stats, and rankings on PGL’s (Pro Gamers League) website for Quake here. As the league is partnered with PGL, and Bethesda | ZeniMax.

Valve takes 30% of all purchases from steam. The money you buy with platinum goes back to the Quake development project. Just make sure you are logged into your associated Bethesda account, and it should be in their by the time you log into the game. If you are using the Bethesda launcher then just purchase it in game as you normally would, but you will be on steam soon just a heads up.

Once you have purchased the BP click the shield at the top of the screen, and hit the activate button that will be below the season 14 Name Plate.

Additionally QuakeCon 2022 has been announced to take place August 18th to 20th. More information about this event will probably be revealed next month. Keep an eye for the QuakeCon twitter, and QuakeCon website for more steady information.