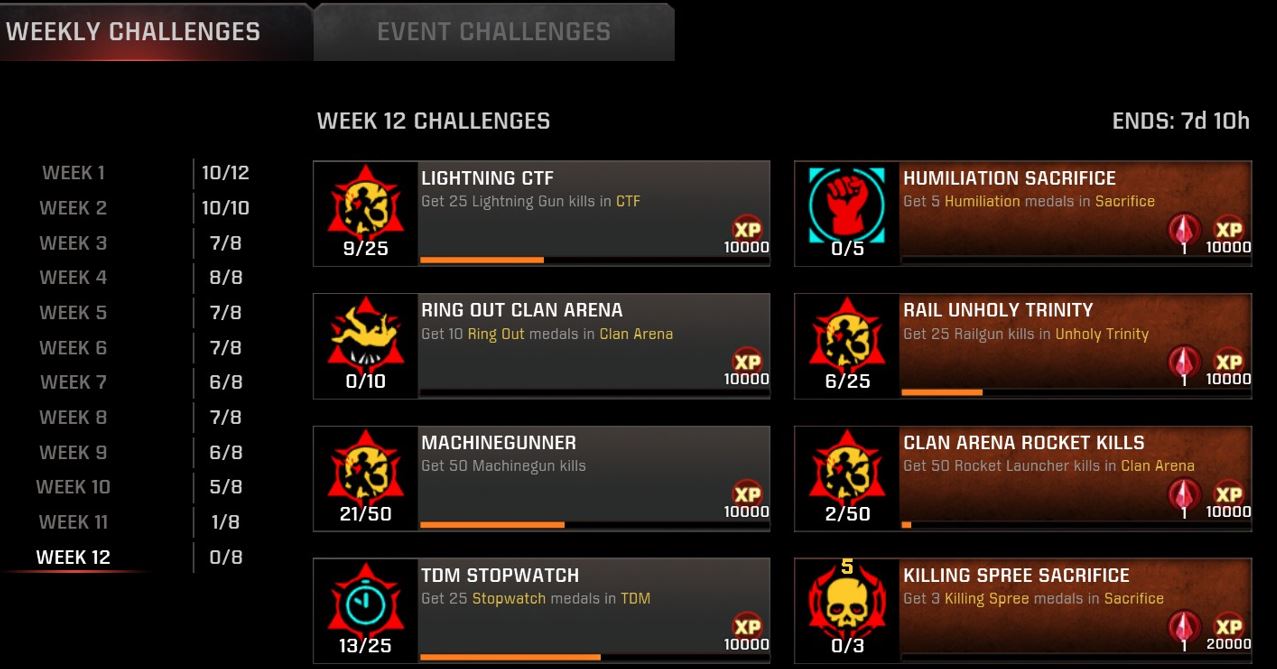 We have officially made it to the home stretch of Season 11. There are no new challenges for this week. 7 DAYS REMAIN FOR SEASON 11. This last week is to give us time to complete all of this season’s challenges while the developers put the finishing touches on Season 12. It is still possible an extension could happen, but it does seem like this season will be ending next week. The exact release date for Season 12 is still TBD.

If you want to preview what is coming up for this next season I will leave details on how to participate in the Public Test Server at the bottom. Don’t forget to test out our newest game mode coming next season "IMPULSE 9" All WEAPONS | INFINITE AMMO | NO ABILITES. Much more is being added for Season 12, but as everything is still in development, and literally changing daily. I’ll just leave a link to the "pts-changelog" channel here: discord.gg/J2QxcA57AY

A more detailed article breaking down the Quake discord is currently being worked on, and will be published soon TM.

With that in mind if you are still behind on your levels this would be the last time to get a Haste Potion for 300 Platinum in the in game store. Haste Potions Last for 7 whole days, so you need to plan at least 7 days before this season ends if you want it to benefit you for the remainder of this season.

The PTS is a Public Test Server that many games come with. It is completely optional to be part of the PTS, and does require an additional download to take part of. The purpose of the PTS for us is it allows us to preview upcoming skins, arenas, and gameplay changes in general before they are added to the main game. It also doubles as bug testing. In fact all bugs, or issues in the PTS should be put in the official discord here: discord.gg/gSRRbCQQgM In the "public-test-server" channel. If you can you should try and find a buddy to test with. Two heads are better than one. You can find people to party with in the "party-finder" channel of the official discord. Channel Link Here: discord.gg/yPjxKX4k2q