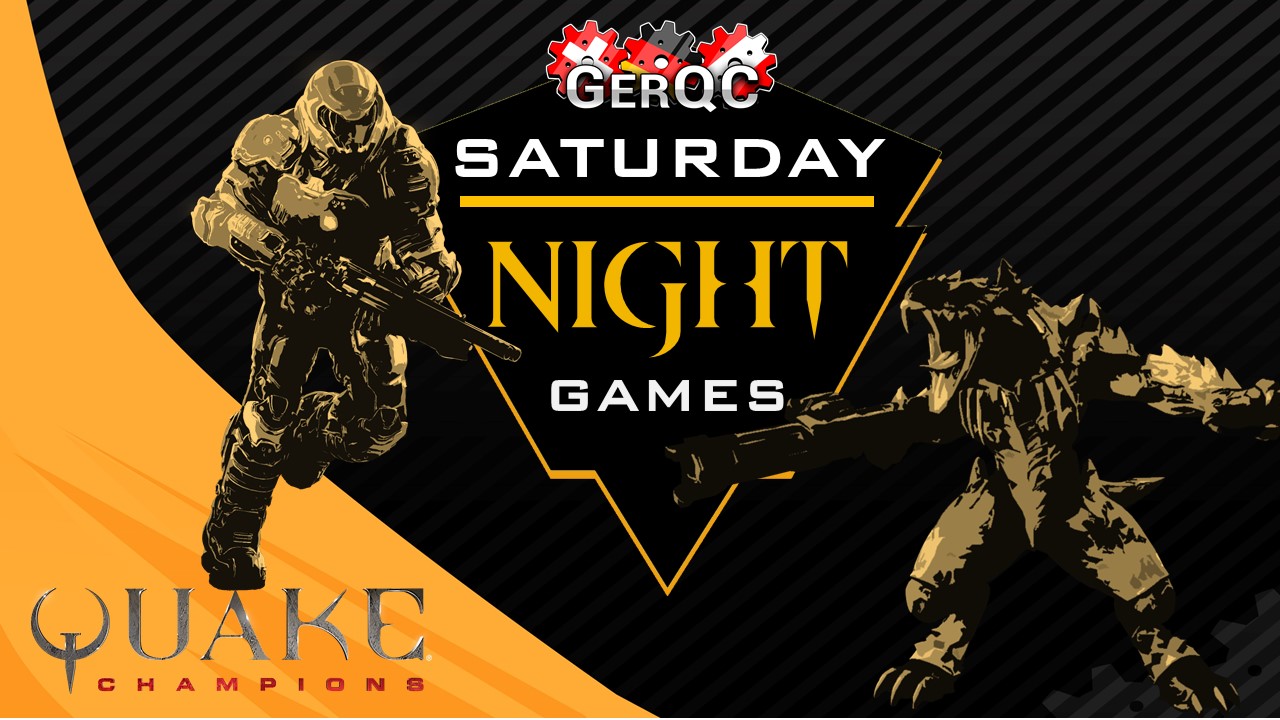 Hello Quakers – you have voted!

Our voting is finished now and you voted for a 2on2 Draft-Cup!

On 29.05 at 16:00 CEST the next GerQC Saturday Night Games will take place. The registrations for this are now open – there is no ELO limit!

Is this interesting for you? Then register now in the channel #cup-signup as follows: signup + ingame nickname (our discord-> gerqc.de or wirshaftendas.de)

What does the draft mean? You sign up and we will put you in a pot, we will run an algorithm over all participants and your team will be created. That means, we will assign you to the teams with which you will compete in the tournament.

Please leave your registrations as usual in the #cup-signup
(signup INGAMENAME).

Since this is a draft cup, only single registrations are allowed.
You can sign up with a mate independently, but the probability of you playing together is very low.

We will try again to put the teams together as fair as possible.
We are looking forward to many registrations!

Short info:
Format: 2v2 Double Elimination (Best of 1) (Final Best of 3)
Mappool: Will be determined by us from round to round, included are all maps ever played in the QPL.
Rules: Standard frag and time-limit, no champ-stacking (diffrent champions per team)
Main stream: https://www.twitch.tv/germanquakecommunity

The 3vs3 CTF Draft Cup was a super fun event. 5 teams fought for honour and eventually in your FACE! prevailed. The team consisting of Fifty, RobKorV, Lycorvinus and super-sub eRaD1CaTi0n took first place after the 8 matches that were played in the tournament.

Unfortunately there is little proof left of all the great frags that happened during the tournament. There is howerver footage found of the POV from one of the players on team in your FACE!. https://www.twitch.tv/collections/dKTtxXECexbz2g