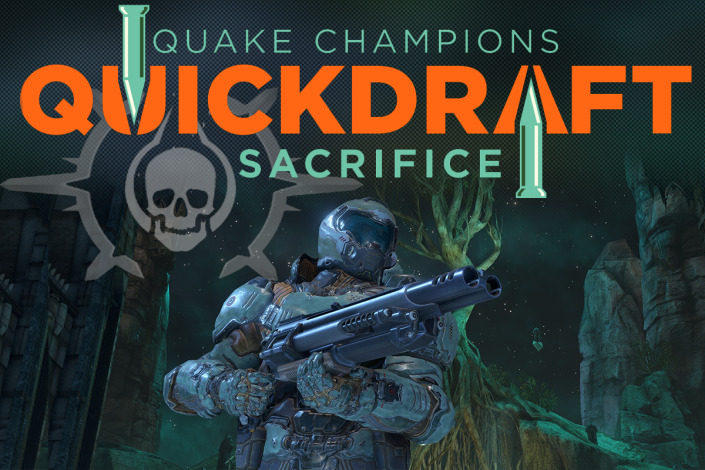 Good Morning Quakers! The NA Arena FPS discord will be putting together a Sacrifice Quickdraft Tournament during QuakeCon 2022 next week. Sign ups close on Day-0 August 19th at 6:30 PM Pacific, so sign up early! Day-0 will also consist of the Draft selection Friday August 19th starting at 7PM Pacific. Day-1 Saturday August 20th starting at 10AM Pacific. The Final day day-2 will be Sunday August 21st at 12PM Pacific. The tournament is open to all skill levels, and international participants are welcome as well. The Final day will be broadcasted on the QuakeCon Community Twitch channel.

In addition the NA Arena FPS server does feature a pubobot, so if you are looking to practice before the event make sure to stop by. You only need to type “++”, or “+sac” in the “qc-pickups” channel under the “Quake Champions” header. The pubobot will DM you when the Queue so to speak has been filled. Makes playing games a bit easier in Quake Champions.

Shout out to WildManQC for putting this together for the community!