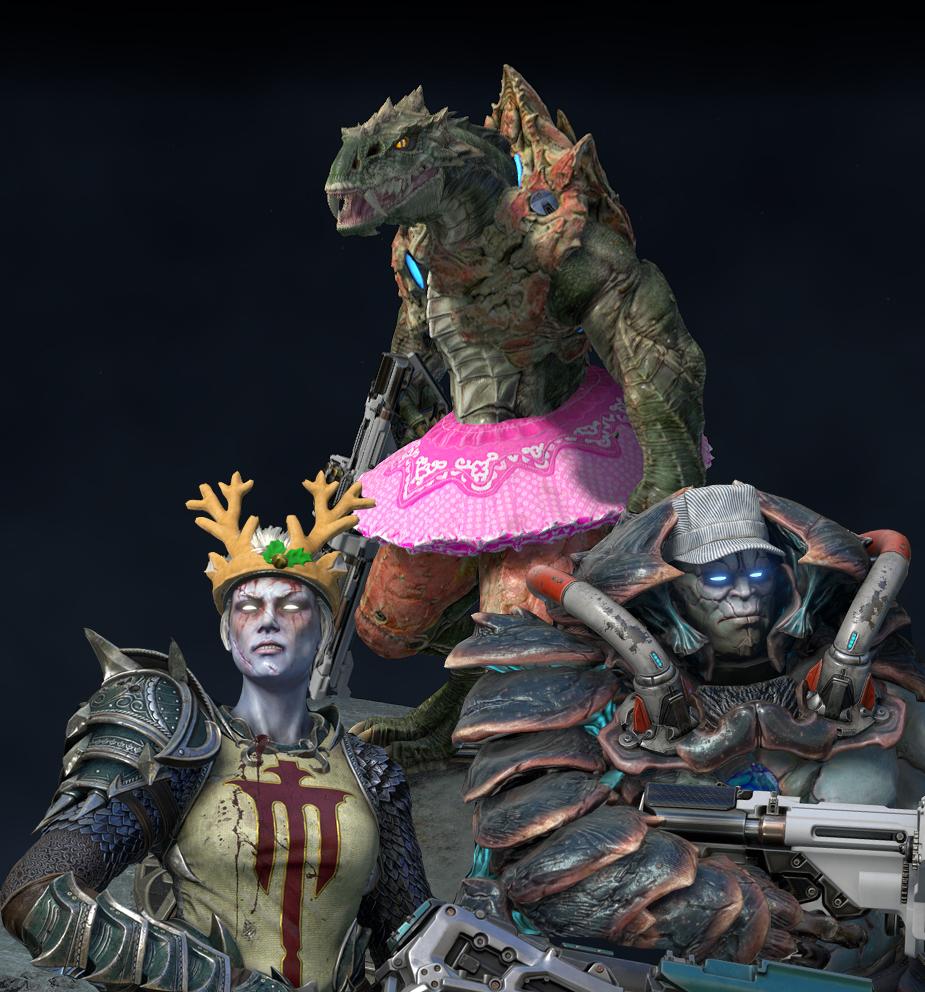 The first PTS update for the Winter 2019 update has landed on PTS, with a preview of the upcoming Season 5 Battle Pass. The update includes a snowball shooting Freeze Gun, a new Arcade Mode – Arms Race, map fixes, and new Battle Pass content.

The Freeze Gun is a vanity Super Nailgun, but is currently a work in progress on PTS and will receive new FX in future updates.

The new mode Arms Race is a gun-game mode in which players start with the Heavy Machinegun and are promoted to a new weapon with each kill. Players have to progress through the full cycle of weapons 3 times until they reach the fraglimit.

This season’s Battle Pass content contains all-new items, including 2 weapons and 45 vanities. Players will receive the Quake 1 “Boomer” starting Shotgun at Level 1 and can unlock the Quake 1 “Double-Barreled” Super Shotgun at Level 100. Vanities include a variety of Snowmen, Tutus, Reindeer Antlers, Wrapping Bows, Ice Crowns, and toy Train Engineer Caps, as well as filling out the older winter vanities for Athena, Death Knight, Eisen, and Strogg who had not yet received them.

The full changelog can be found on the Bethesda forums.