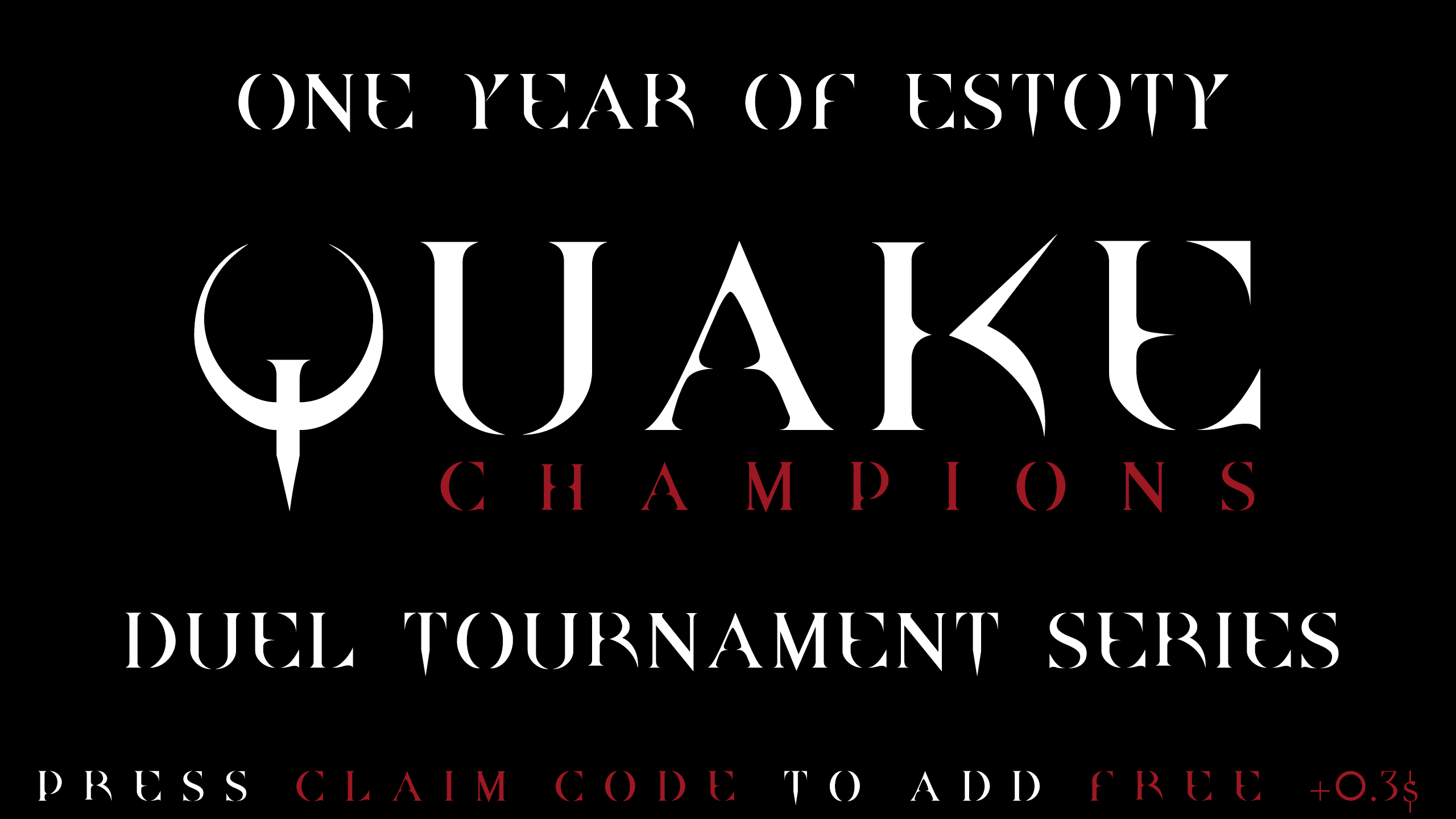 Estoty.com is celebration the Quake Champions tournaments that they have been organizing and sponsoring for the past year. To celebrate this occasion there will be a PRO tournament next Saturday!

Welcome to the Duel tournament!

ALL players are participating.

At the request official of streamers – invite them to the lobby.

All participants and streamers of the tournament can restream each other

Contact each other and gather in the lobby at toornament.com or http://bit.ly/KaVlaSs-Channel

If players cannot agree on what server to play, then choose as follows:
Servers are selected according to the principle of home-away-home.
Each player chooses from geographic considerations (for example, players from America do not play ASPAC servers).
Player 1 selects the EU Central server and has ping 30 on it, Player 2 Ping 120 on EU Central, Player 2 selects the Na East server and has Ping 20, the Player1 has a ping 100 on Na East.
120-30=90 (Eu Cental) и 100-20=80 (Na East)
The minimum delta will be the Na East server and will be home. Accordingly, players play servers in this order: Na East – Eu Central – Na East
The Away server player automatically gets First Seed at bans/peaks in Qrindr.
Players from South America and Europe play one server with a minimum delta Na East or Na West. First Seed in Qrindr choose Random
If players play one server all maps, then the first seed choose the Random.

Prize payments are made using https://matcherino.com/.. Create an account and enter the corresponding tournament.

All champions are required to participate in the tournament and should be played at least 100 duels in ranked.

Want to stream a tournament? – write to the admin, he will coordinate and explain further actions 🙂