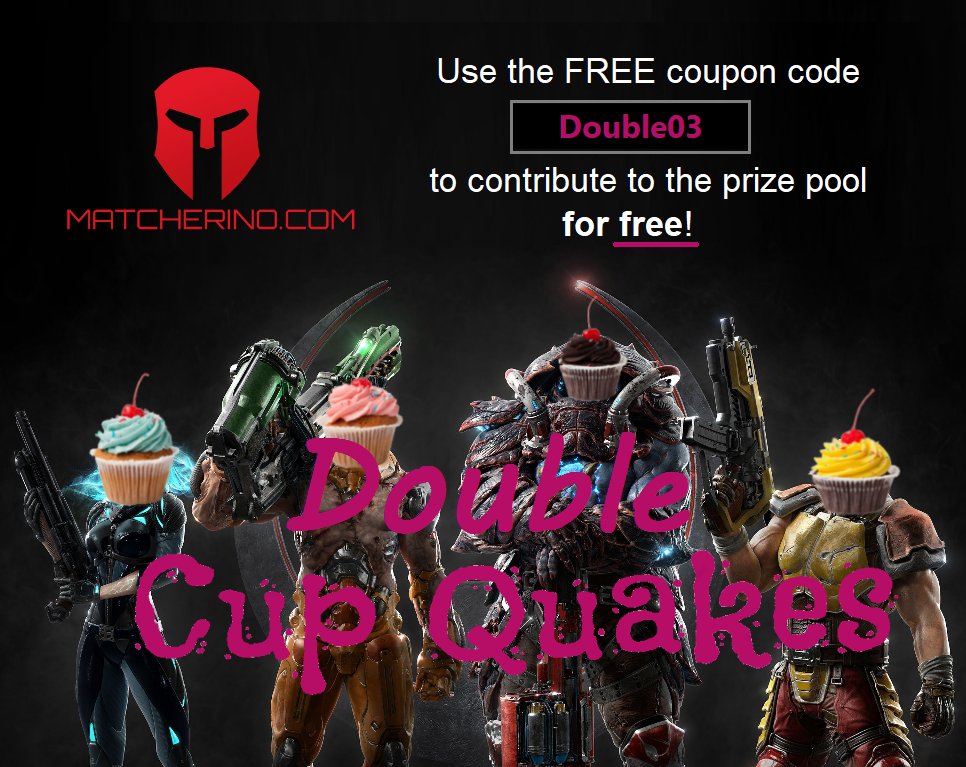 Saturday, 2 January at 6 pm CET the 2v2 tournament of Double Cup Quake #3 will be held.

The tournament is crowdfunded.

The prize pool will be finalised after the winner of the tournament has been determined.