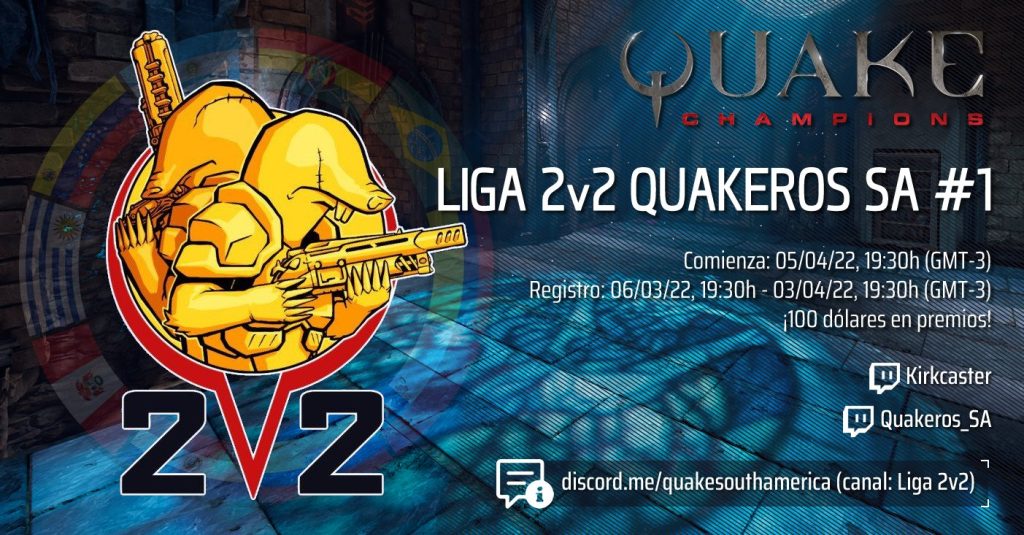 27 teams, 4 divisions and a passion.
Join with your friend and participate in one of the best thriving communities of South American Quake players!

Visit the discord link to sign up and find out more.

The league is made up of up to four divisions.
Teams will be promoted and relegated between divisions.

All teams will play one match per week on their corresponding date, and there will be THREE consecutive MAPS.

Schedules will be assigned one day in advance through the discord channel: 📆-days-and-schedules.

Promotion and relegation of up to one team for each division.

The “Kills” committed on each map will be considered, but will only be examined if the final result on the maps played results in a tie for two or more teams.

Teams made up of two starters and up to one substitute (optional) will be accepted.

NOTE: The organization will classify each team in its corresponding division evaluating the statistics of the set of players (headlines and substitutes) that make up the team and will be published in 🔡-divisions – channel on the discord server.

All games must be played on the SA server

Doubts and queries:
ask in ❓-faq-queries-liga-2v2 – within the discord server.